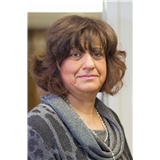 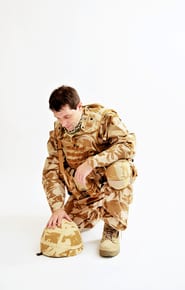 Post-traumatic stress disorder (PTSD) is a psychiatric condition triggered by a traumatic event during which great physical harm occurs or is threatened. While almost everyone experiences trauma at one time or another, for most people the feelings of terror and helplessness subside over time. For patients with PTSD, symptoms may appear later, last longer and be much more severe than for the average person. There are many reasons an individual may develop PTSD, none of them under the individual's control.

Some traumatic events are common parts of the human experience, such as natural disasters, serious illnesses, accidents and exposure to war. PTSD was first known as "shell shock" or "battle fatigue" because soldiers who had been in combat so frequently suffered from it. There are, however, several other circumstances that may lead to the disorder, such as personal battery or sexual assault. Traumas that may result in PTSD may include the following:

Some people are predisposed to develop PTSD. Individuals appear to be more likely to develop PTSD if traumatized early in their lives when the brain is still developing. Risk factors for PTSD may include:

There are many disturbing symptoms of PTSD that often interfere with everyday life. Such symptoms are grouped into three basic types:

Individuals with PTSD may experience abnormal detachment, feeling emotionally unable to connect with their surroundings. Such detachment, or dissociation, often causes trouble in close relationships. Those suffering with this disorder may also experience symptoms of depression which may include: hopelessness, inability to experience pleasure, trouble concentrating or memory problems.

Symptoms may include irritability, fear, anger, overwhelming guilt or shame and may lead to self-destructive behavior, such as substance abuse. A common symptom of PTSD is an unusually acute startle response.

Post-traumatic stress disorder symptoms are not constant. Symptoms may fade into the background for a period of time but recur under stress, particularly when a reminder of the traumatic event is experienced. A sensory trigger, a noise or an unexpected touch, may precipitate serious symptoms.

PTSD is diagnosed by physical and psychological/psychiatric evaluation. Physical examination is necessary to rule out physical causes for symptoms. The patient is then interviewed by a trained professional and various psychological tests are administered. Once it has been established that the patient's symptoms are interfering with normal functioning and have persisted for more than a month, their severity is assessed and appropriate treatment is begun.

There are two approaches to treating PTSD and they are frequently used in combination: psychotherapy and medication.

Psychotherapy uses personal interactions with a trained professional, as well as with family members or other individuals with PTSD to talk through the trauma and help the patient develop coping skills. Types of psychotherapy used for PTSD patients, which are sometimes used in combination, may include:

Several psychotropic medications are commonly used to treat PTSD. These may include one or more of the following categories of drugs:

Recovery from PTSD is a slow, often painful, process. Though the disorder is rarely completely cured, treatment can vastly improve the patient's quality of life. Through the use of psychotherapy and medications, symptoms may become much less frequent and less severe and the patient may develop strong coping skills to deal with the feelings related to the trauma.